Garganey at Forest of Dean 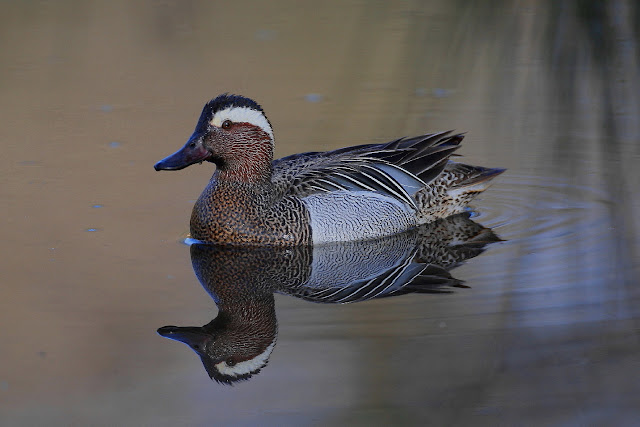 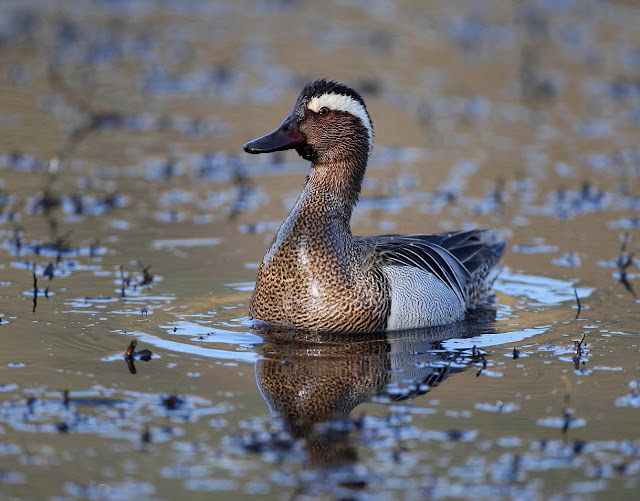 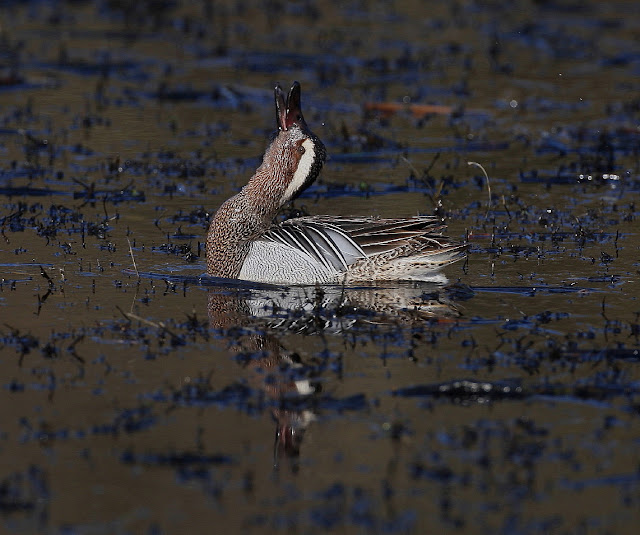 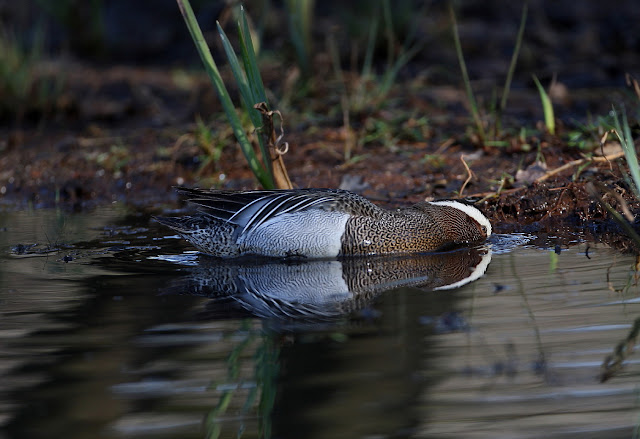 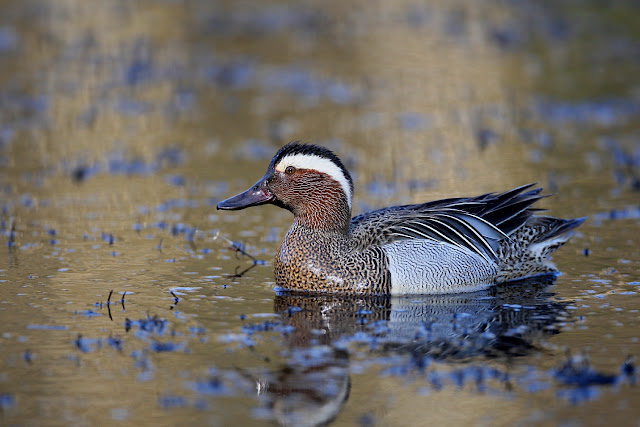 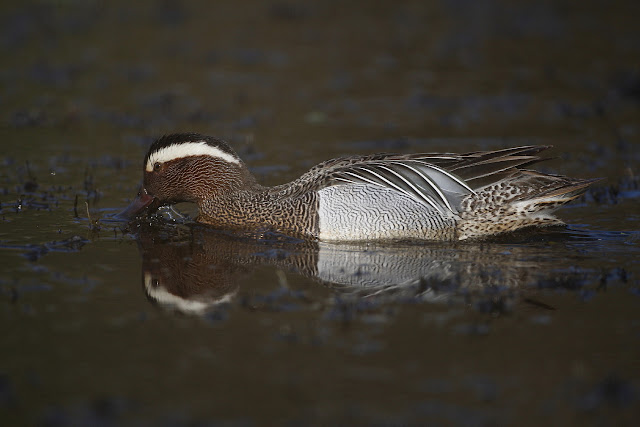 Last Saturday saw Rob Mitchell and myself at the Forest of Dean to try and photograph Wild Boar.
We arrived just after dawn in the area of Cannop ponds. As we approached the southern pond we watched a male Garganey fly in. With the light still very poor we knew later we would hopefully get the opportunity to get some shots of the Garganeys that are in the area, 3 males and a female.
First we walked the paths looking for Boar. About half hour later we had one appear out of nowhere, the dull bland colour of the Boar blended in with the colourless background. After a few minutes it disappeared into the woods.
We walked on and caught sight of just a head peering out of a hedgerow. Seconds later it too disappeared .
About 9 hours of walking the tracks and finding fresh evidence of piglets and all the verges turned over we were about to give up when 2 birders had said a few people that passed by them reported a Boar near the entrance and headed left . We started to search that area without success when 2 walkers appeared from another path " have you seen any Boars" we asked and with a strange look on their faces they replied "no"a few seconds later the female Boar walked past us and into a damp area to feed.
My 500 F4  was hopeless so I used a 28-105 and got within 4ft of it at times! completely tame and not a care in the world! I think this one is probably visiting the picnic areas for free hand outs! 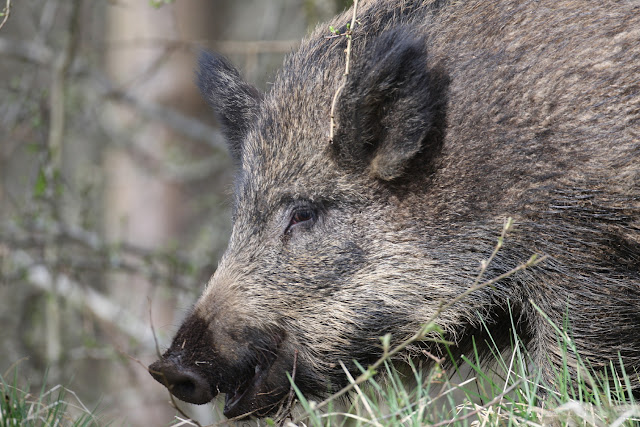 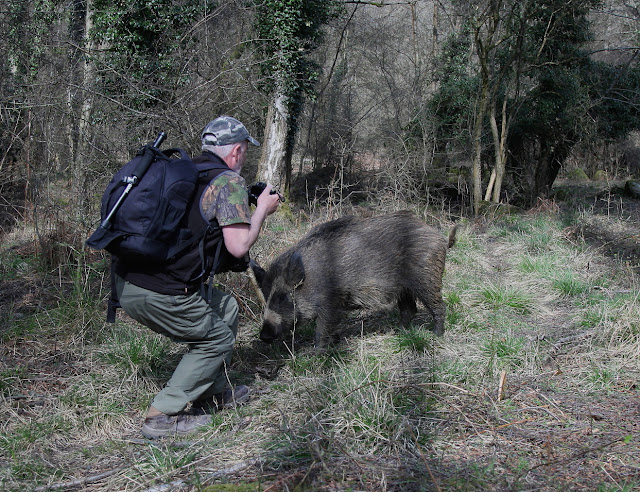 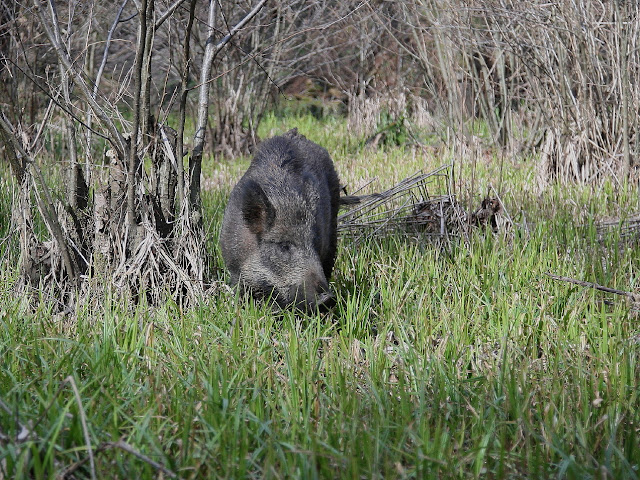 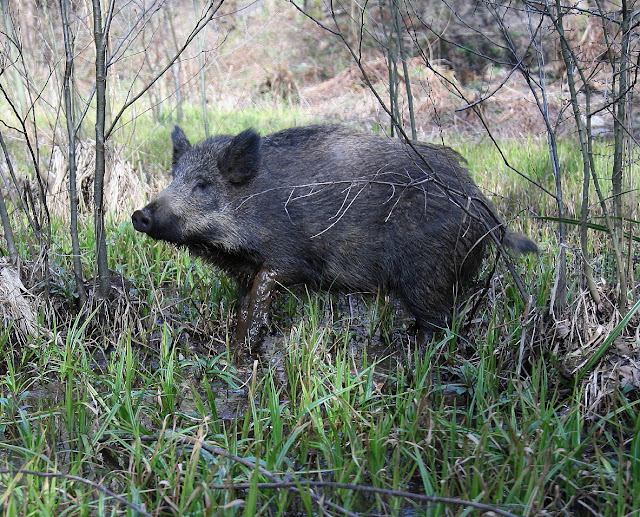 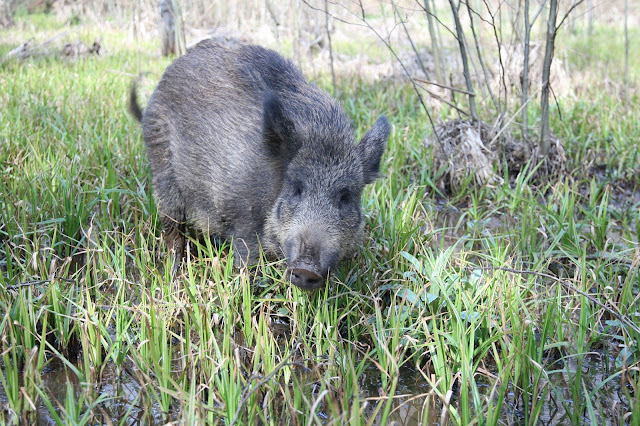 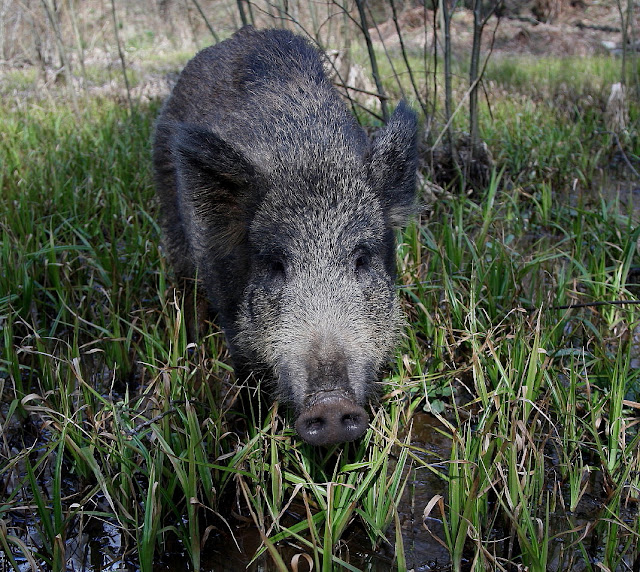 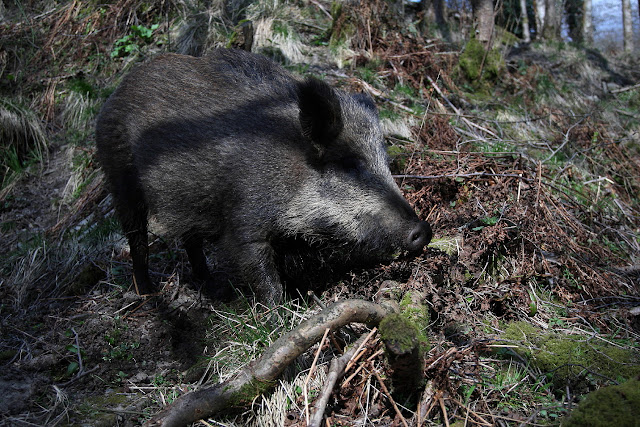 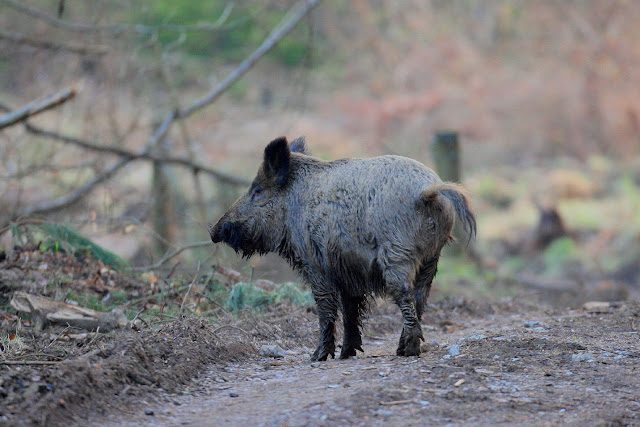 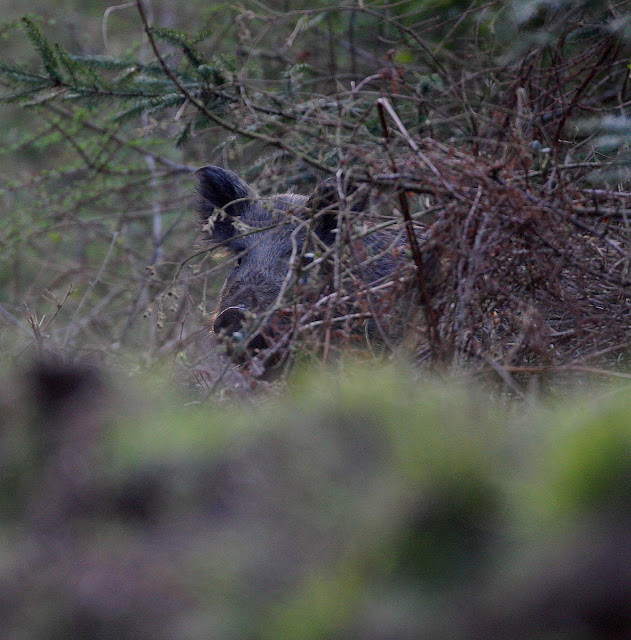 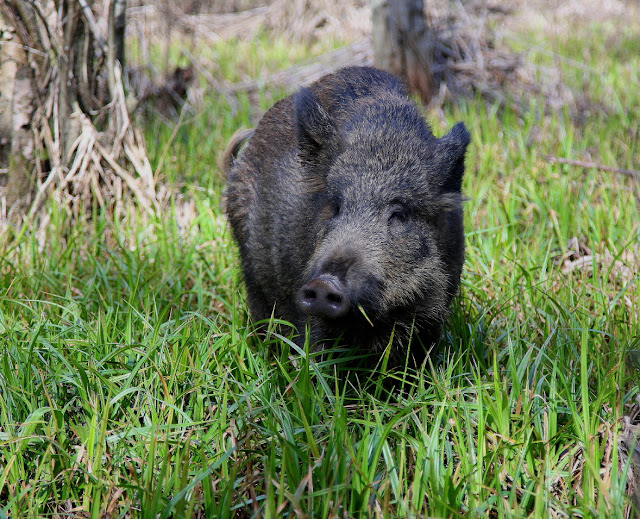 Posted by Steve Hinton at 11:41 No comments: