Another failed attempt to get some pics of Small pearl- bordered Fritillary, some compensation with this Golden-ringed Dragonfly and another Dark Green Fritillary.
Posted by Steve Hinton at 13:36 No comments:

With a hot and sunny day we had to make the most of it. We decided on Butterflies. The only problem with photographing them was that they were always on the wing and never perching.

High Brown Fritillary.   Note the difference in underwing pattern!
Luckily the High brown Fritillary was perched and settled. Perhaps another go next week!
Posted by Steve Hinton at 13:43 2 comments:

Apparently one of the few British spiders to inflict a painful bite! Though some suggest more like a Wasp sting or some say likened to an electric shock up the arm to the elbow!
Very common under bark of trees, this one on our picnic table.
Posted by Steve Hinton at 12:14 No comments:

Quite a few of these around at the moment.
Aptly named, appearing like Funnel Web Spiders, waiting at the entrance to the tunnel, which inside , forks off into many more tunnels.

Trapped at 8.30 at Hartlepool Headland was the message on my pager as I was about to arrive at my first of about 11 calls on Monday. I then called Slaphead who was also too busy and we both agreed it was too awkward to drop tools and just go. The whole week was also going to be busy with Saturday ruled out. I was going to have let this go and carried on with work feeling miserable and my mind really not with it.
About 9.30 Cliff woodhead rang saying that him and Dave Palmer were leaving very soon and did I want a lift, well that just made things worse, I told him no, but thanks.
Another 15 minutes past and thought, sod it !! I rang Cliff to say if they would wait for me I would go. so from that second the twitch was on, I had to drive home -15 mins, change- grab bag and speed to Cardiff Gate. Breaking the speed limit just a little bit.
We arrived on site about 5 hours later and everyone looking well pissed off it hadn`t showed for 90mins or so. Another hour or so passed until there appeared to be some excitement down the road, I made my way down only to be told that birders were watching it from the roof of a van, there was a 9ft wall around the garden and it was the only way to view the garden.  Adreneline started to rush, I was standing next to the van in the right place at the right time!then a guy with a ladder arrived put it up next to me ( there is a god I thought) within 5 mins I had seen it!!
Subsequently I saw it again later when the crowds dispersed, on the 3rd time I climbed the ladder it hopped on to the lawn, still a little far but a photo all the same.
The long drive home would have been awful if we had dipped, a lifer for me! Superb, twitching at it`s best!! 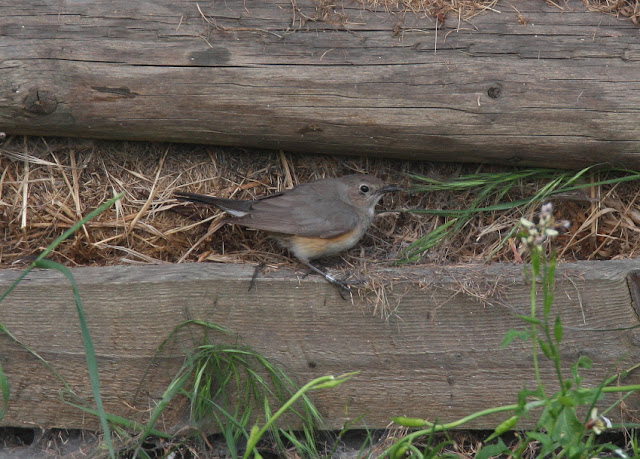 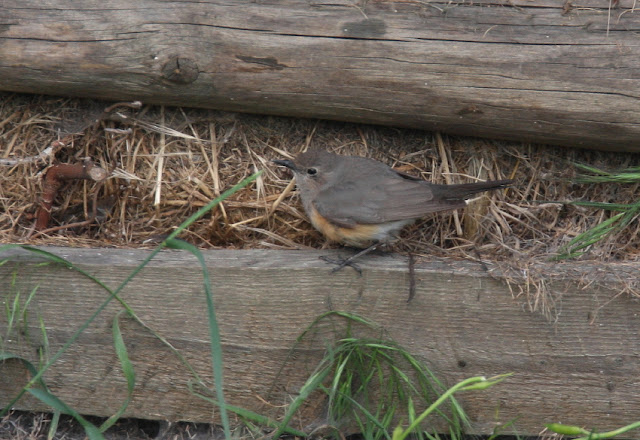 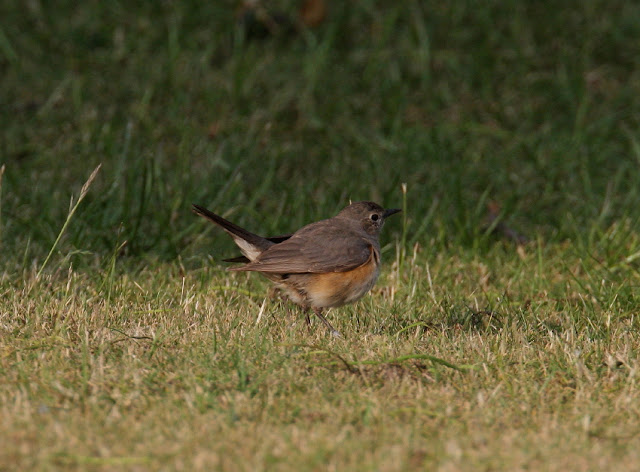 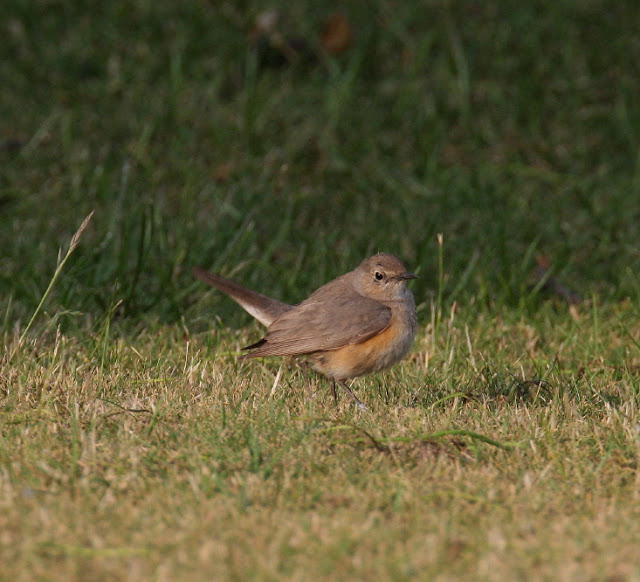 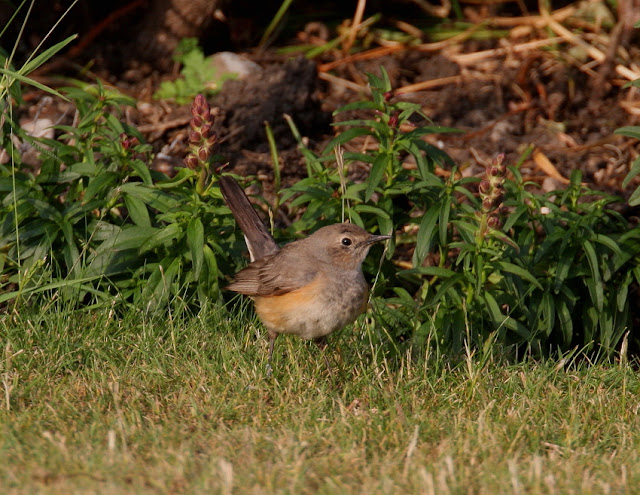 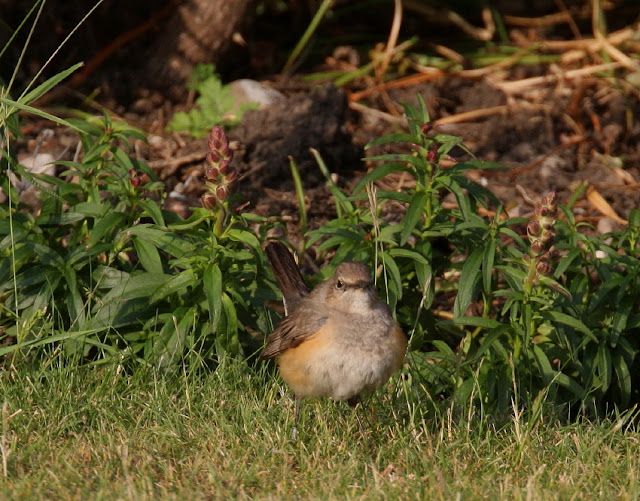 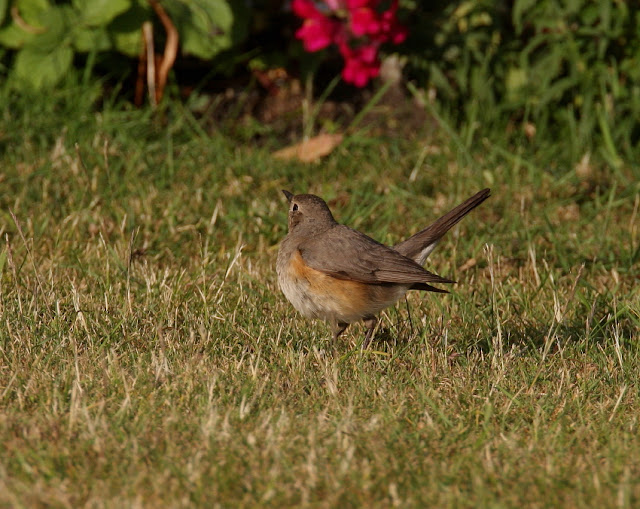 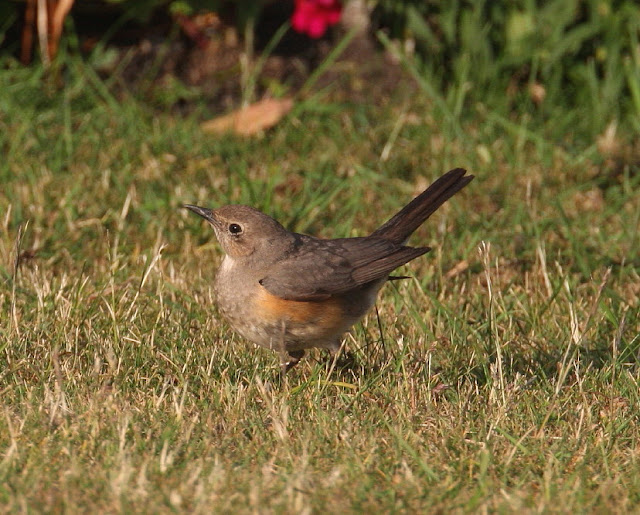 Posted by Steve Hinton at 11:52 No comments:

Had a great day with Alex and Slaphead, weather was bright but very windy, the Puffins are so photogenic at the Wick it`s hard to stop photographing them.
Then to the quay where the Razorbills and Guillimots showed very well. As did a Greater backed Gull feeding on a rabbit from the sea. Probably picked from the turf and then dropped in the sea to drown! 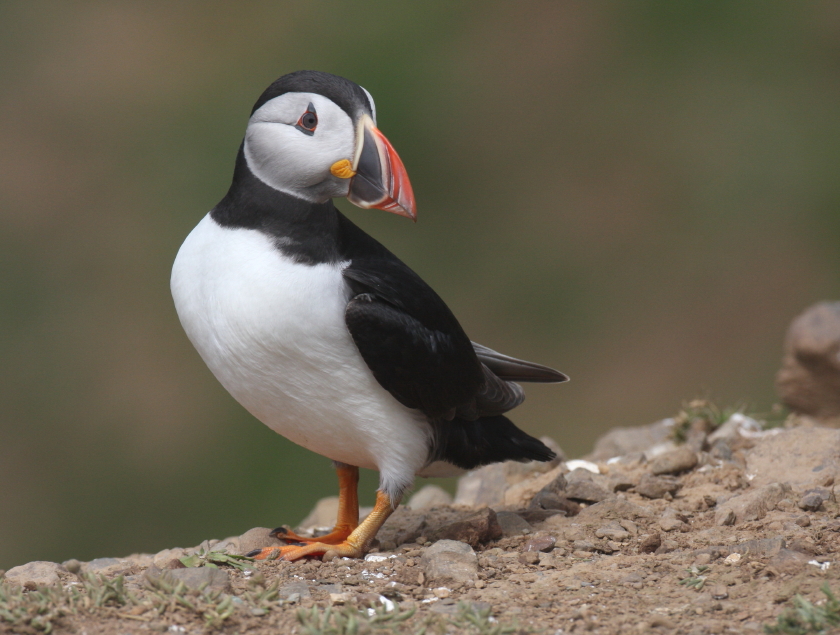 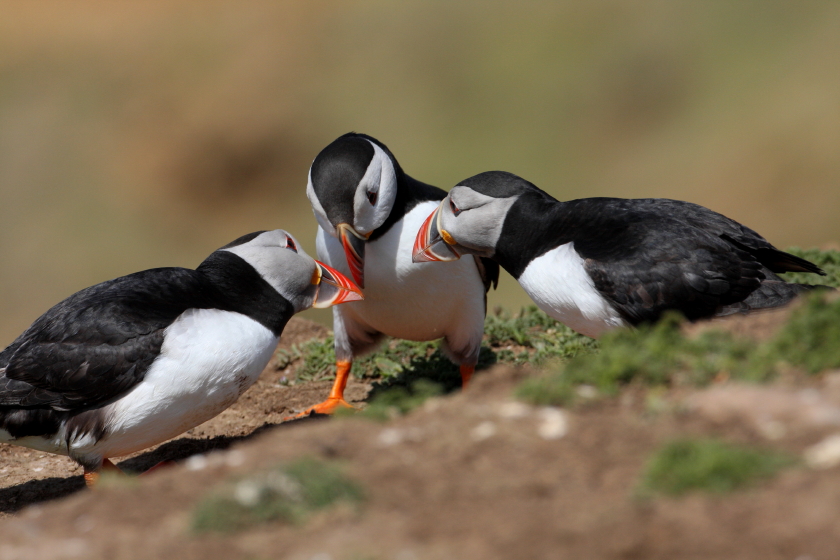 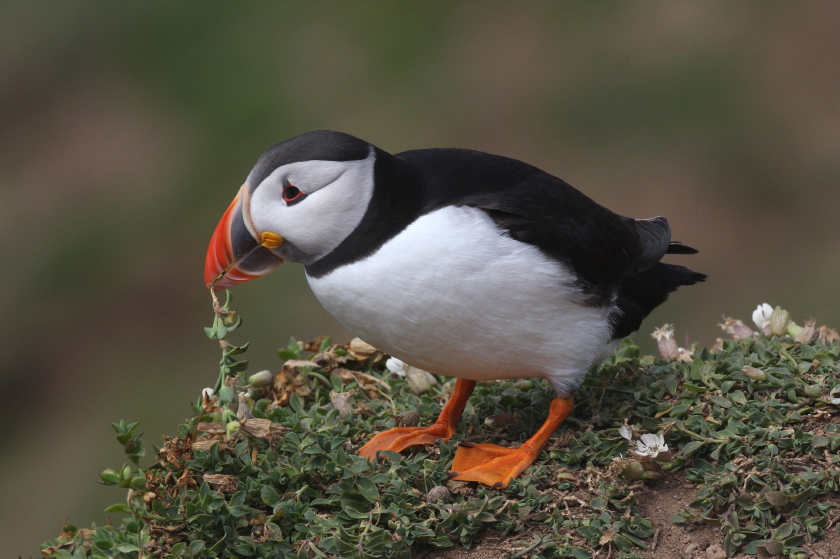 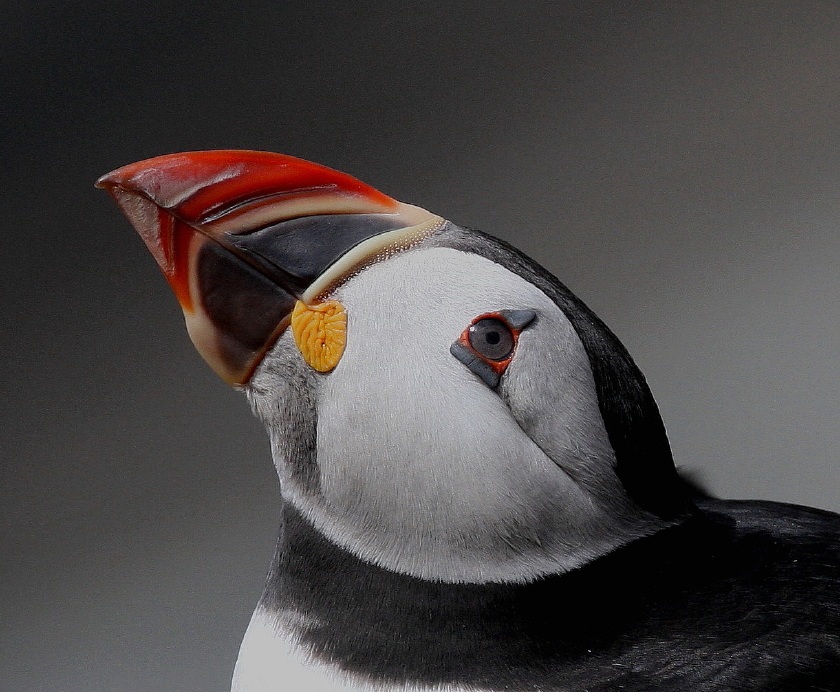 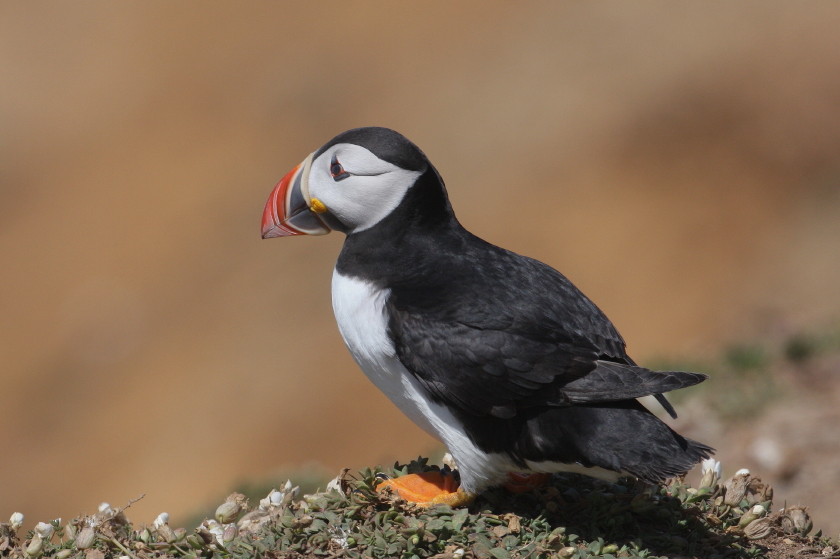 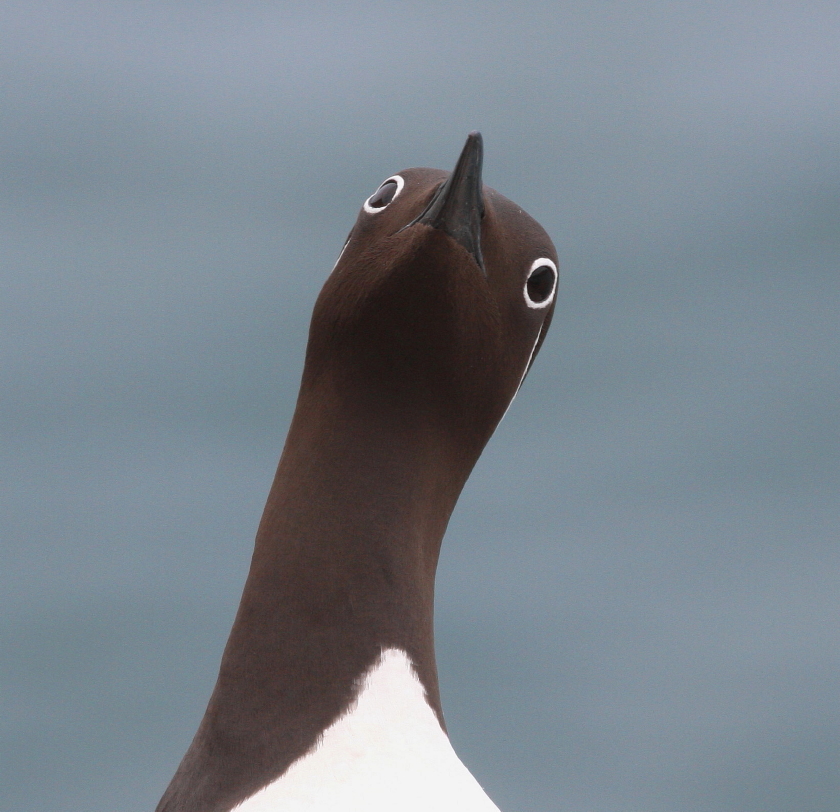 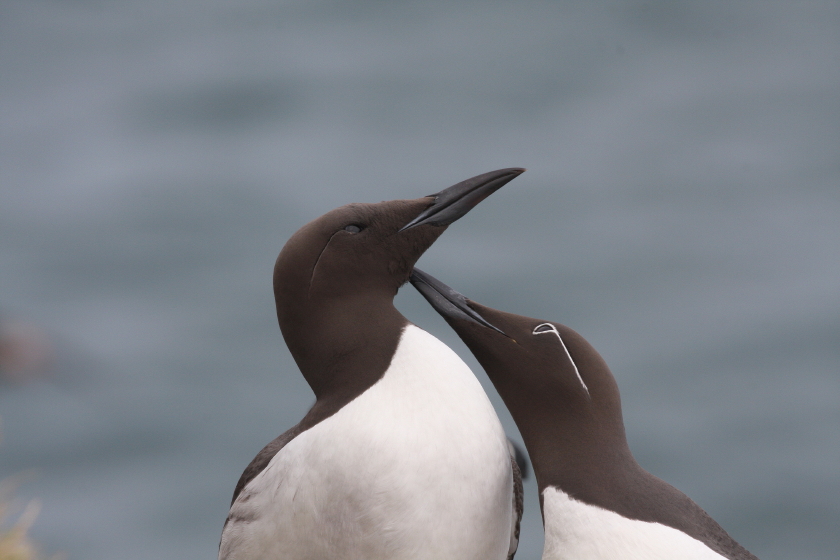 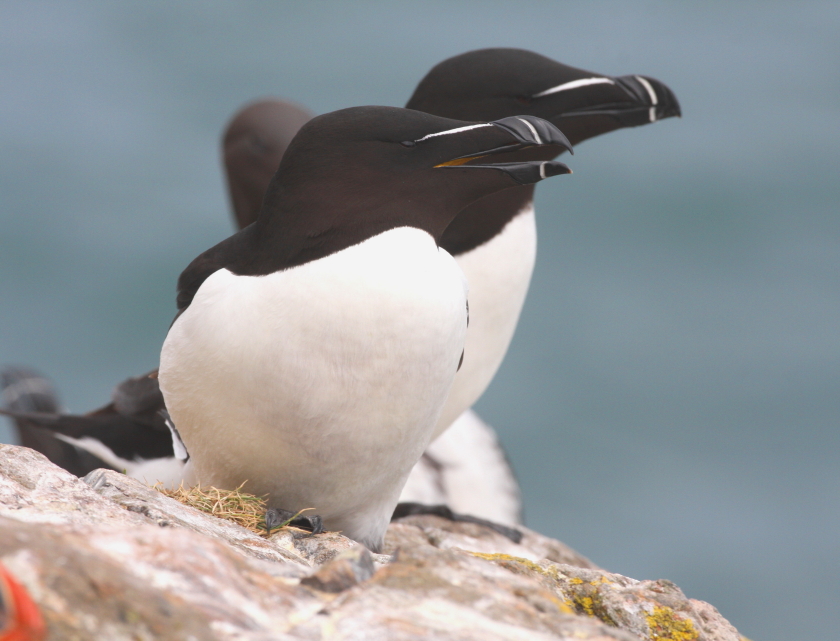 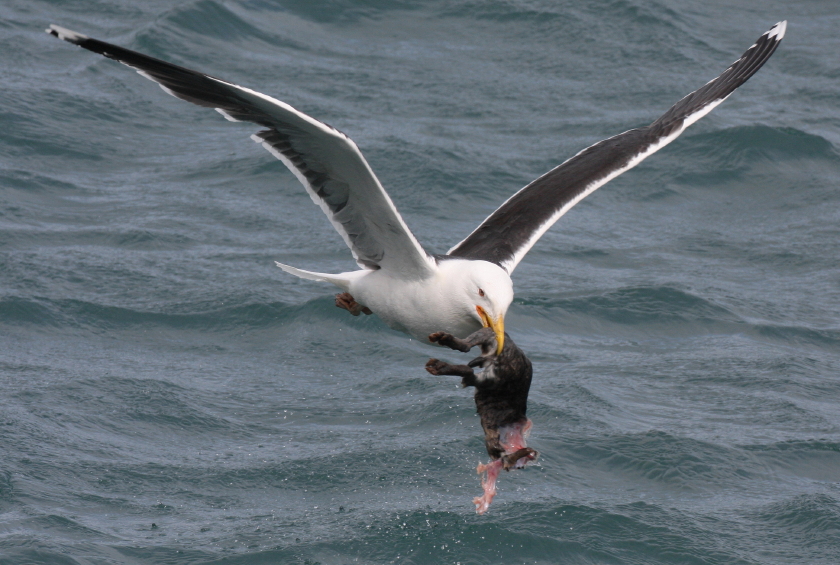 Having dipped the Norfolk bird last year a day trip to Lundy was a must.Myself Russ Eynon From Plymouth,( who we picked up from Tiverton station) and Martin Bell chose a bright sunny day and sailed from Ilfracoombe, bit of a drive when you consider Lundy is only 30 odd miles as the crow flies! 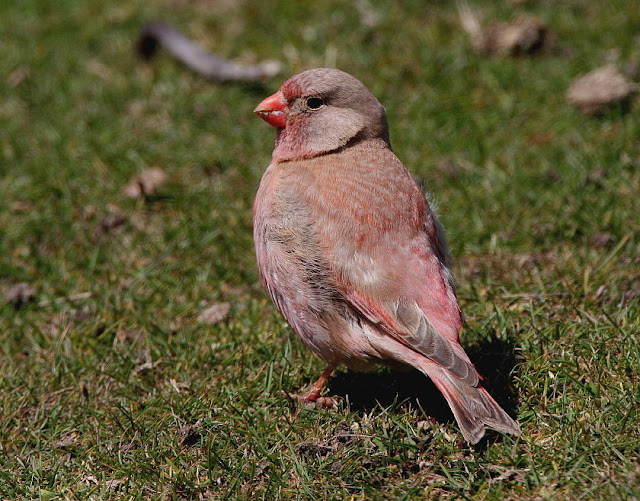 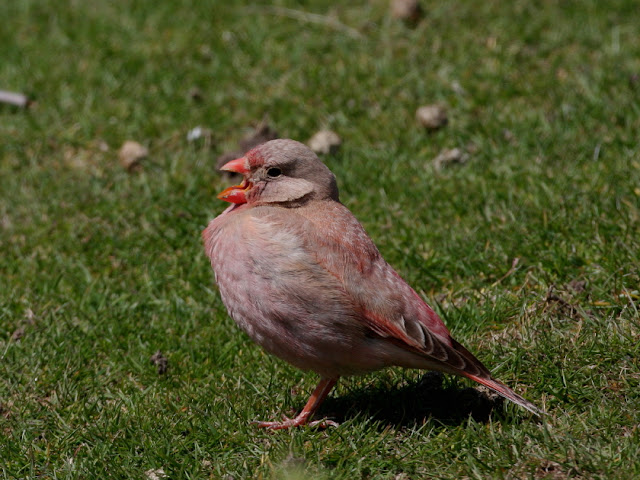 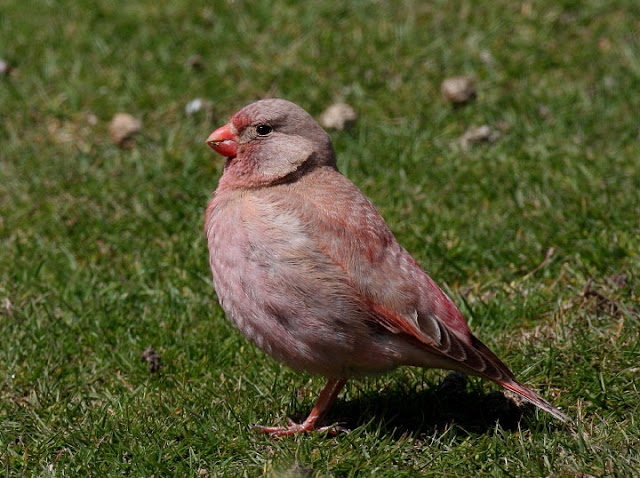 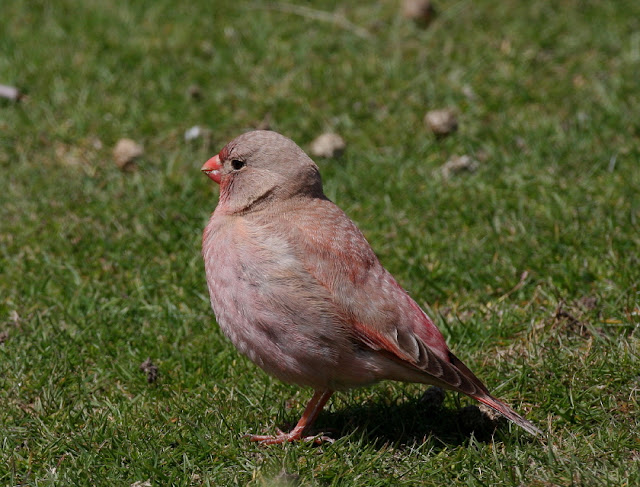 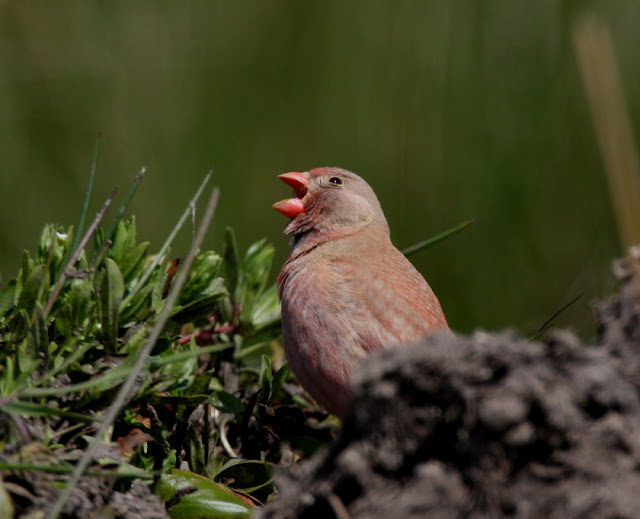 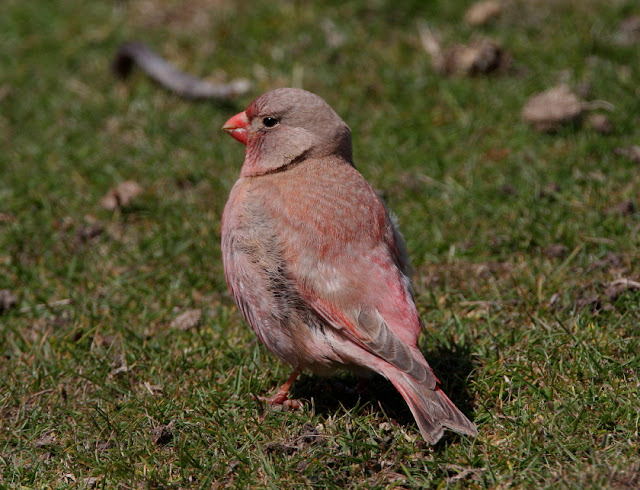 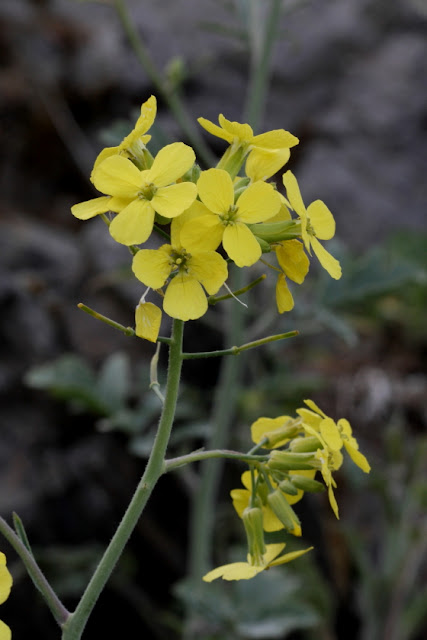 The hoped for opportunity of having it to myself was hopeless,too many others hoping for the same!
Posted by Steve Hinton at 11:55 No comments: