About 8.30 this morning having already spent 2 hours in the hide waiting for the Owls to perform, without success, Alan Huges rang to say he had a Stint sp, and summer plumage Spotted Redshank at Llanilid. 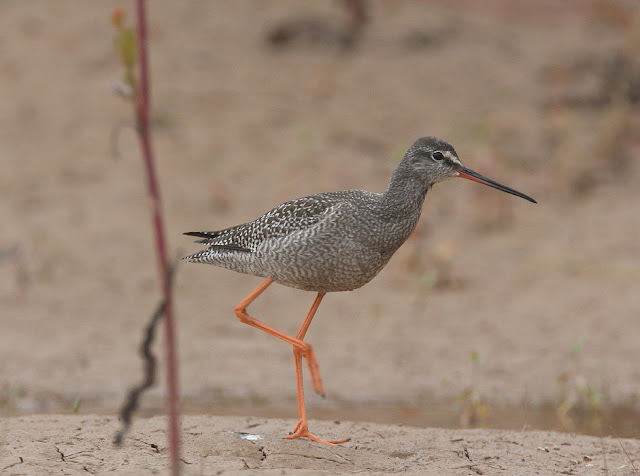 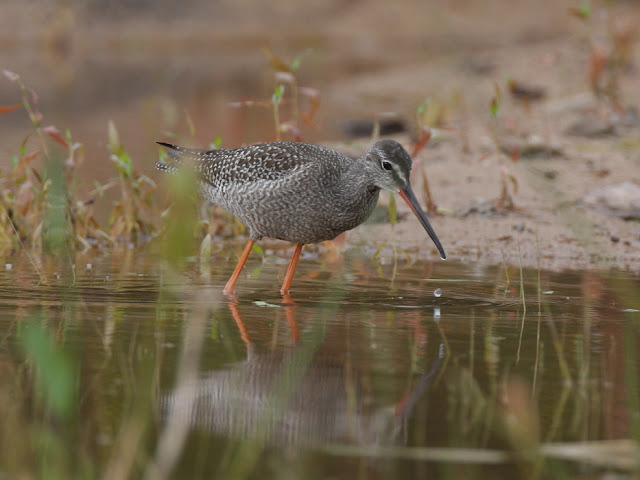 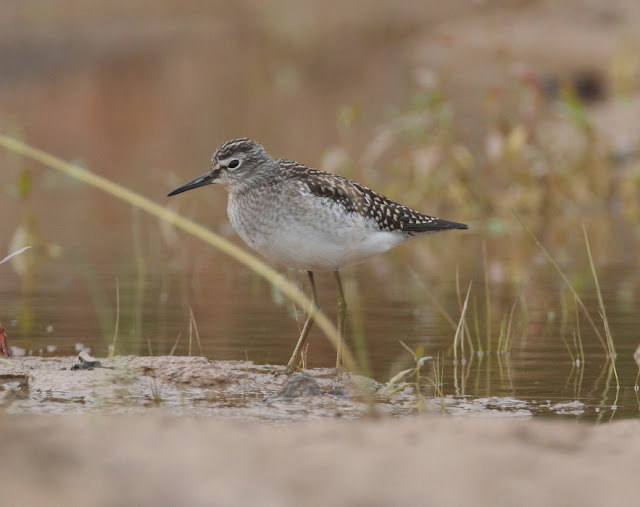 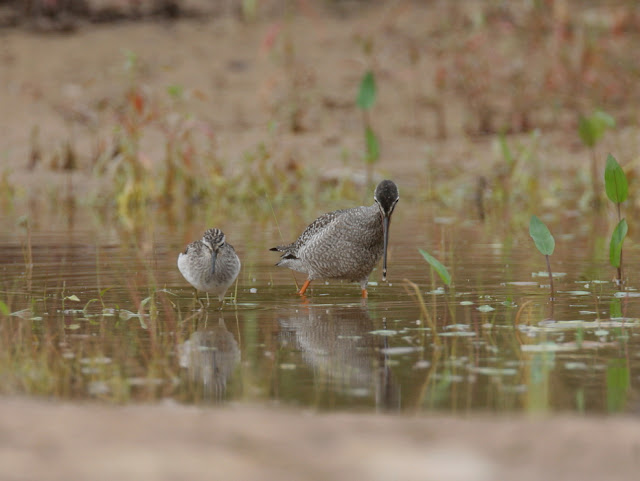 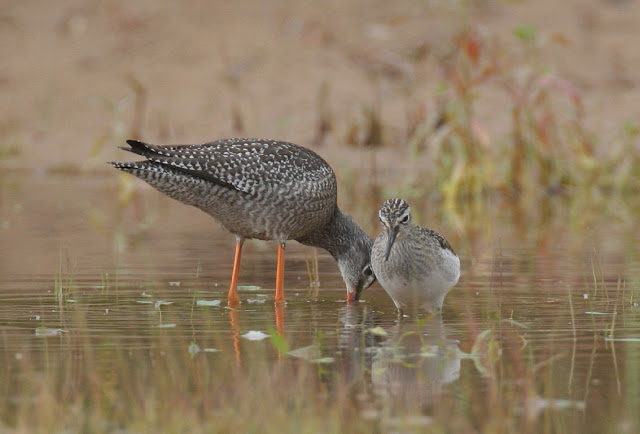 Nigel Addecott had to leave for family duty and I decided a sum plum S. Redshankwas too good to turn down especially with rain due on Sunday! Just before I arrived Alan rang again to say the birds had been flushed by dogwalkers (nothing new there then) But good news was that another Spotted Red  had appeared. It didn`t take long to locate the bird wading along the pool edge. I positioned myself and edged slowly closer and closer , when suddenly 2 more waders appeared from the long grass, the first was an adult sum plum Dunlin and the second to my disbelief a stunning Wood Sandpiper an adult! managed a few shots with a converter but never got close enough. Perhaps tomorrow will be better!
Posted by Steve Hinton at 13:42