A phone call from a friend telling me that at least 2 Fox cubs come and play on the lawns at various times during the day where he works.
The next afternoon I thought I would suss out the area and set up, for an early start the next morning.
I waited an hour or so but nothing. I then walked around the fields that were adjacent to the garden and discovered 2 cubs resting and occasionally walking about.The one disappeared  down a hole which I then realised was the den which was an unused Badger set.
Following day I moved in (trying to avoid the young cows which were chasing everything that moved) the cows eventually came my way and I decided to get into deeper cover, they soon moved off!
After 3 hours, eventually a cub emerged from the bank which was a pathway to the garden. It walked about in and out of cover for about 5 minutes. At one point it came too close, under a camouflage cover it never saw me!
Since that second visit I have tried twice with no more sightings. 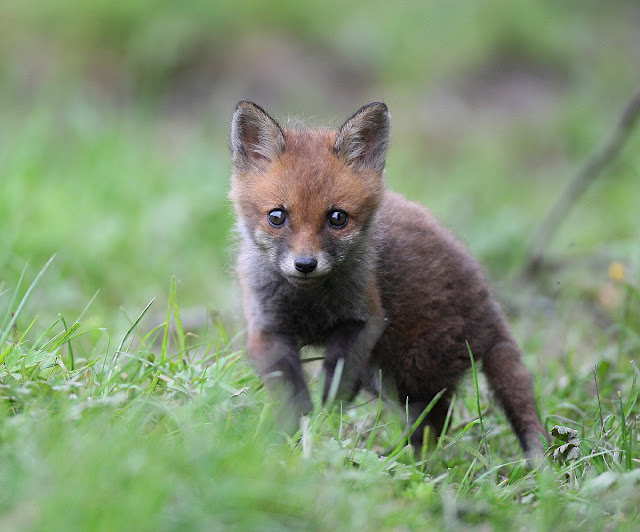 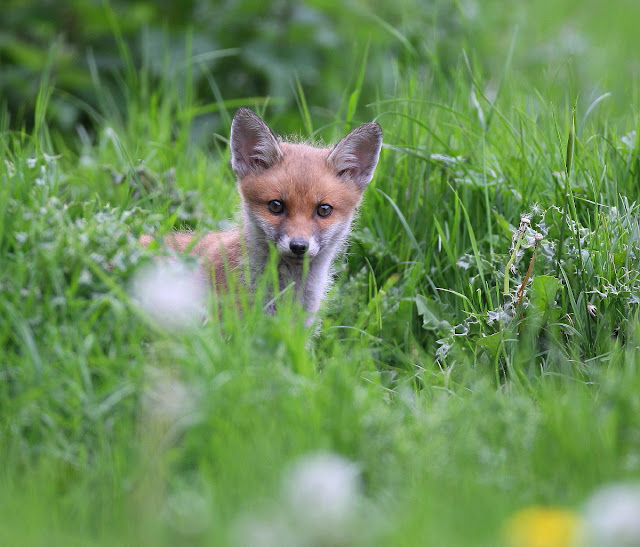 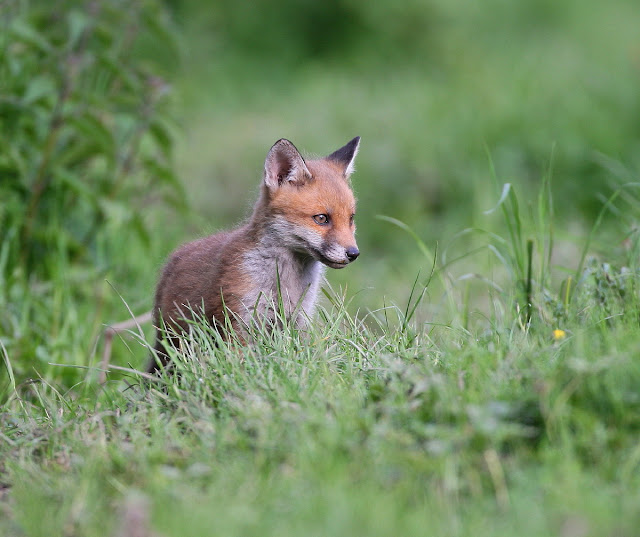 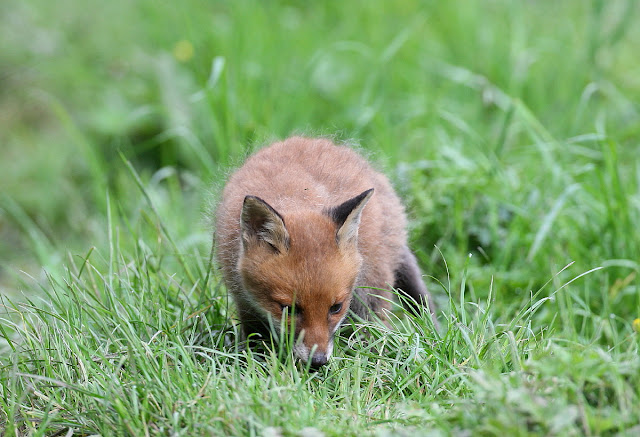 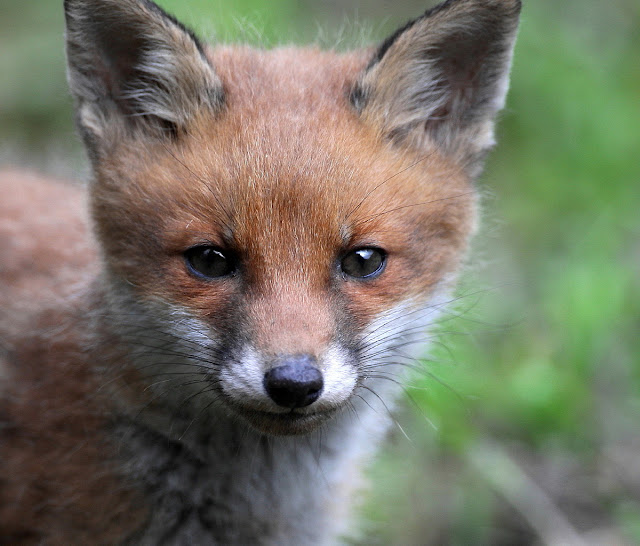 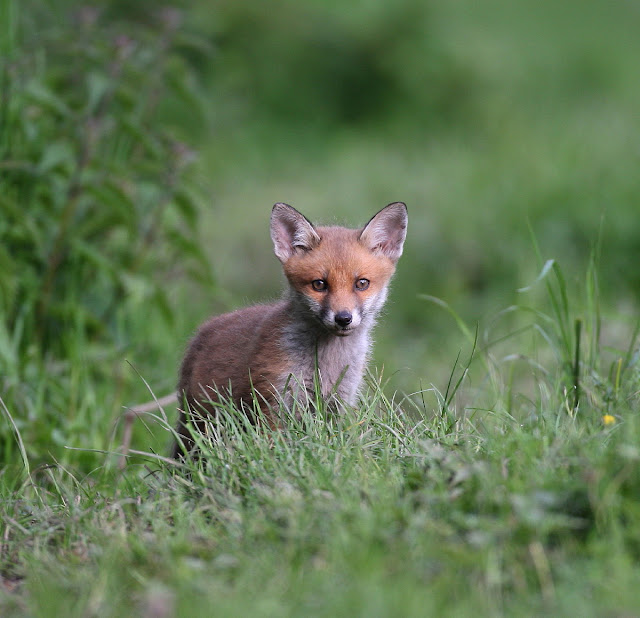 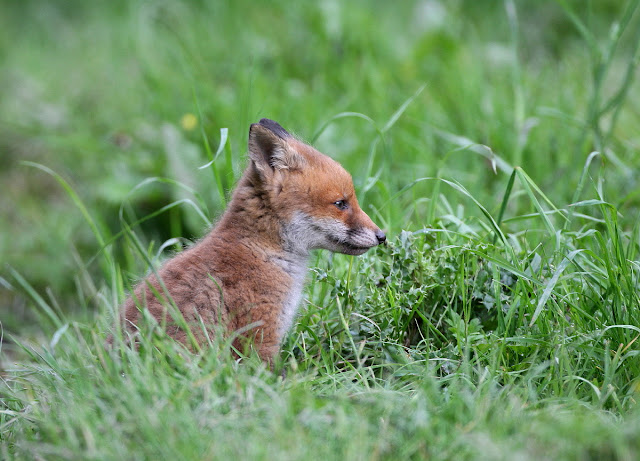 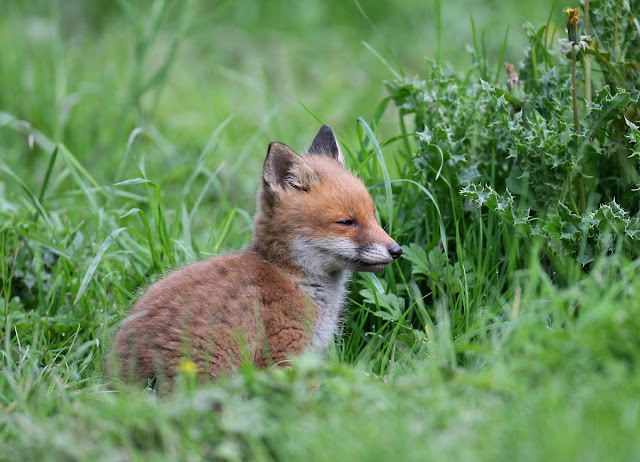 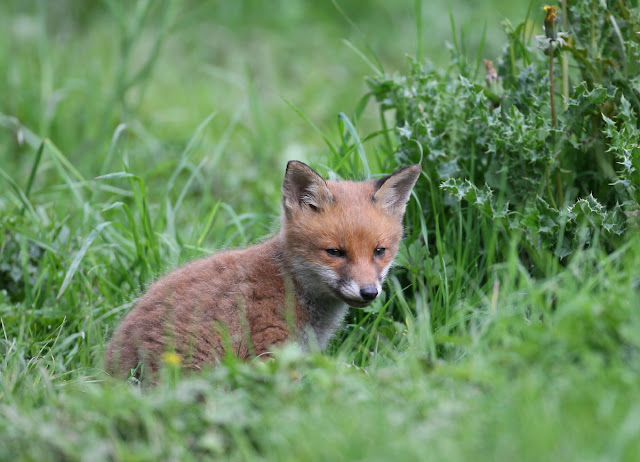 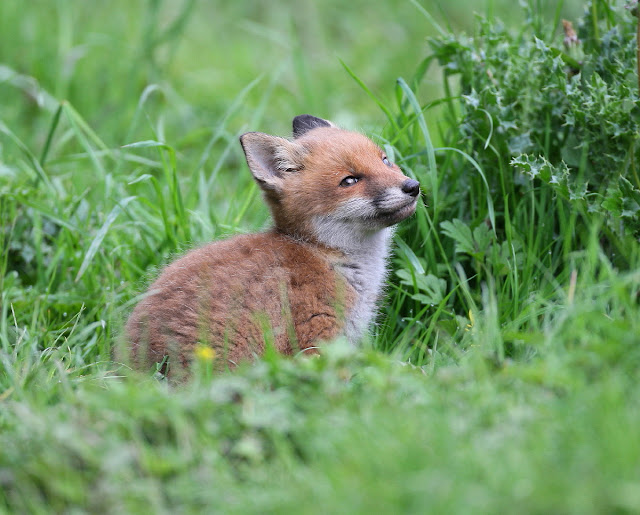