Two years ago I discovered a breeding pair near Penmark in the Vale.

I observed, then set up a hide to photograph these amazing birds. Looking forward to the following year to try and produce better shots than I had already had. Sadly they never bred probably down to a cold wash out of a summer.
Then seeing a single bird in the area in the early spring it was`nt until perhaps May when I confirmed a pair.
I had set up perches in the hope of them bringing down juveniles but gave up hope, the summer was moving on and still no sign of any juveniles, the land owner also failed to see any!
There is a wood pile consisting of old pallets and fence panels etc away from the area used previously so when I saw a bird fly off one day I thought it was a single bird just using  the sheds and generally moving around the farming area and my opportunity was gone!
Then one late afternoon I moved in slowly not to spook any Owls and watched 3 birds though unable to say whether it was a single juv with 2 adults, this happened a few more times and I eventually positioned my pick up with camo netting across the windows and managed a few shots.
I then decided to set up a hide with a few branches jammed into the pallets and with a few mealworms placed  here and there it worked and as the afternoon turned to evening the positioning and light was perfect.
I again had a brief visit one afternoon though the light was not too good. The next attempt failed but yesterday saw a total of 4 birds around the wood pile,which as usual when I approached flew off. Eventually after a couple of hours wait an adult came down for the mealworms and performed well until it was spooked by my mobile ringing!! Forgot about the volume!
It`s a shame as the area has to be cleared! Perhaps I could tempt the adults down to food again elsewhere. Time will tell! 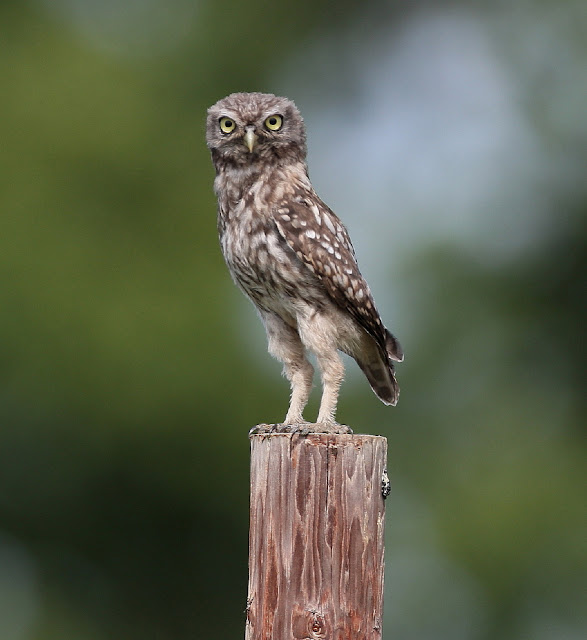 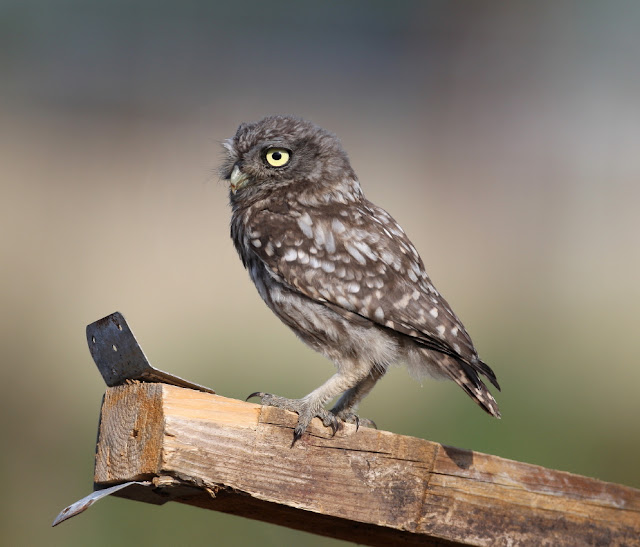 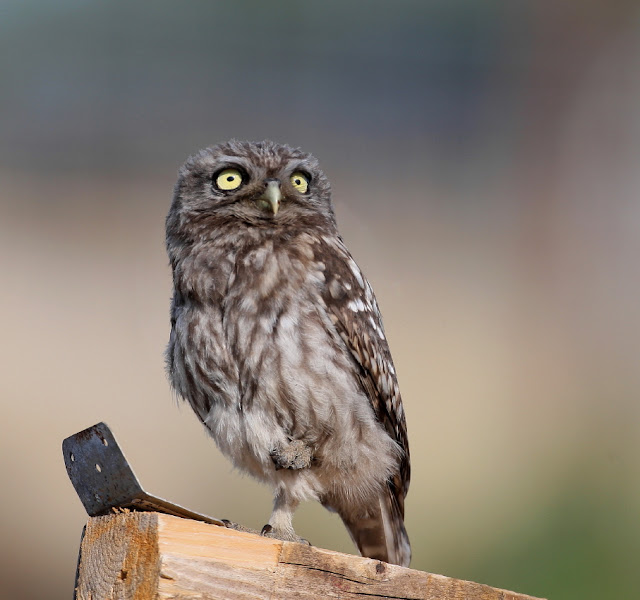 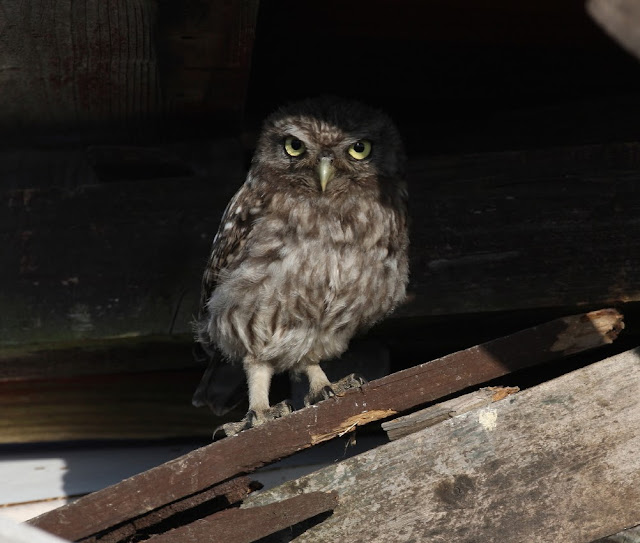 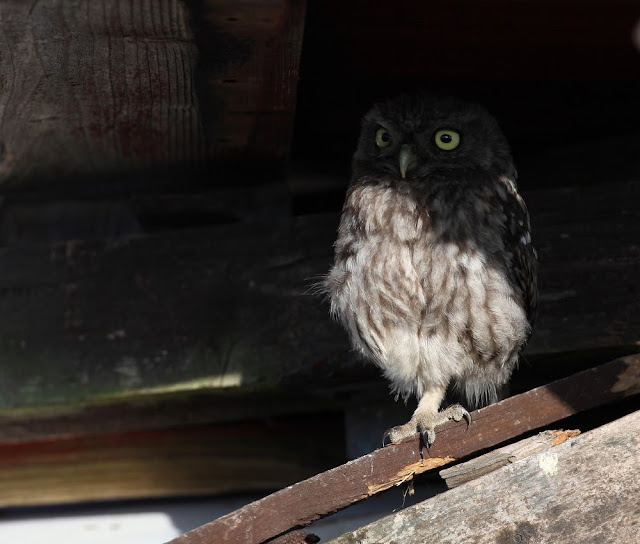 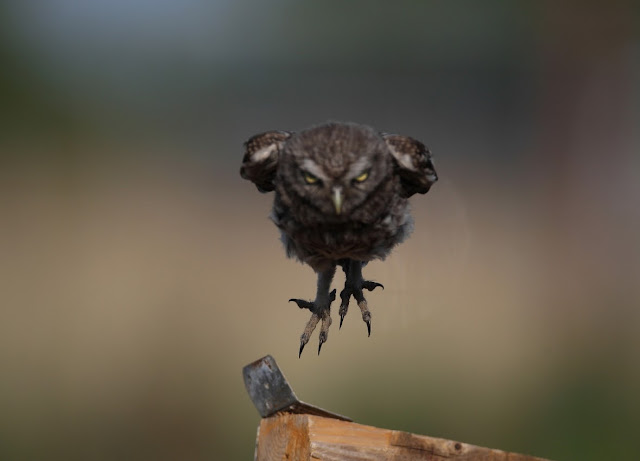 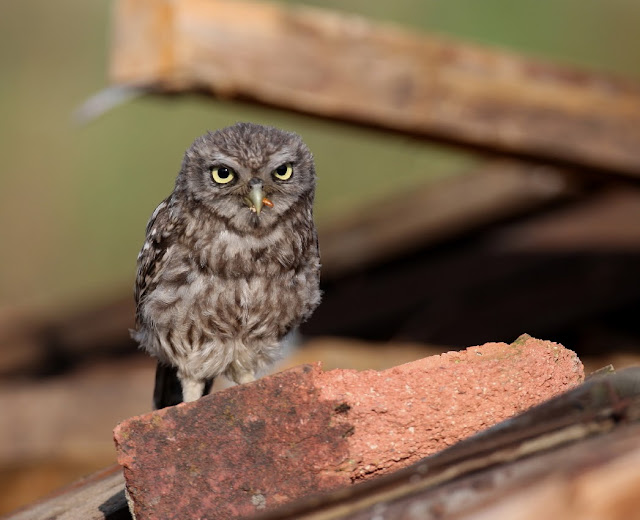 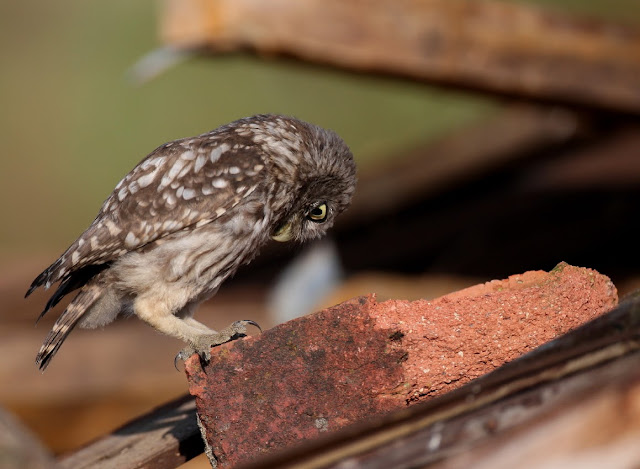 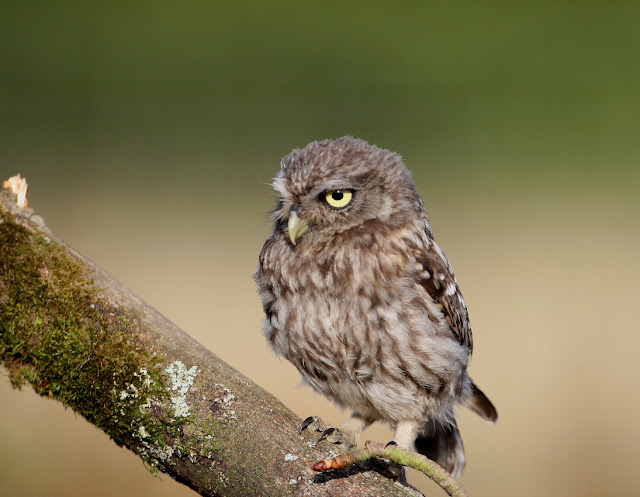 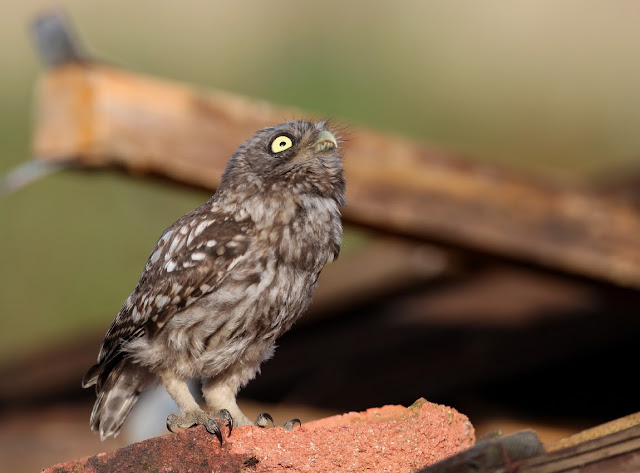 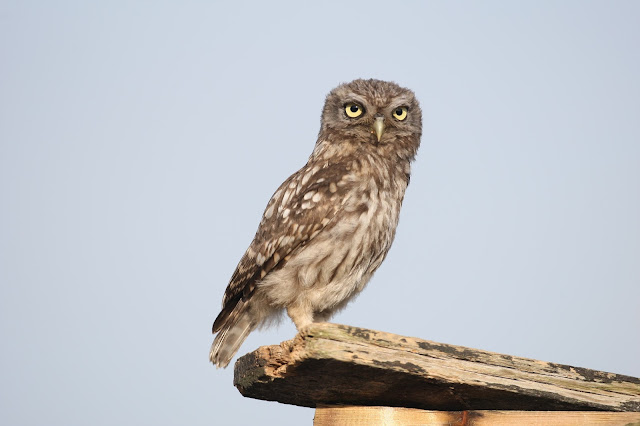 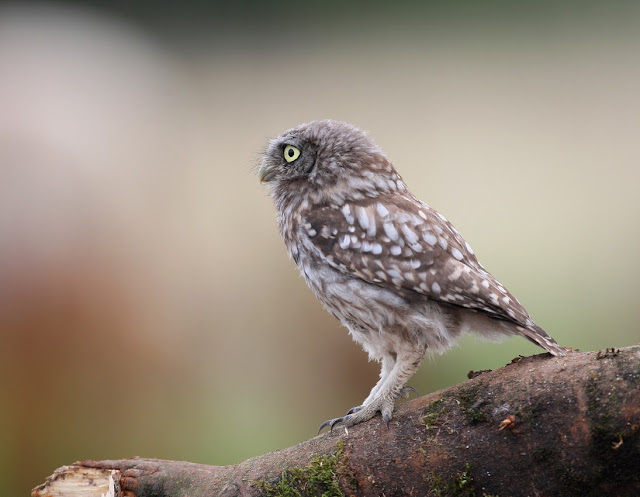 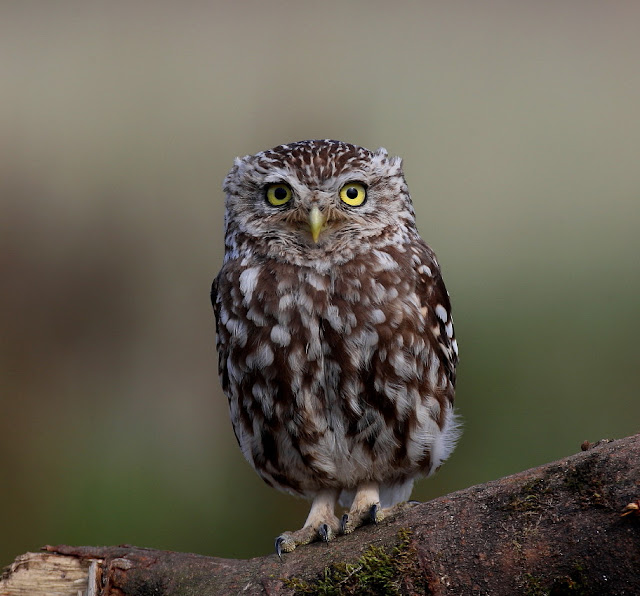 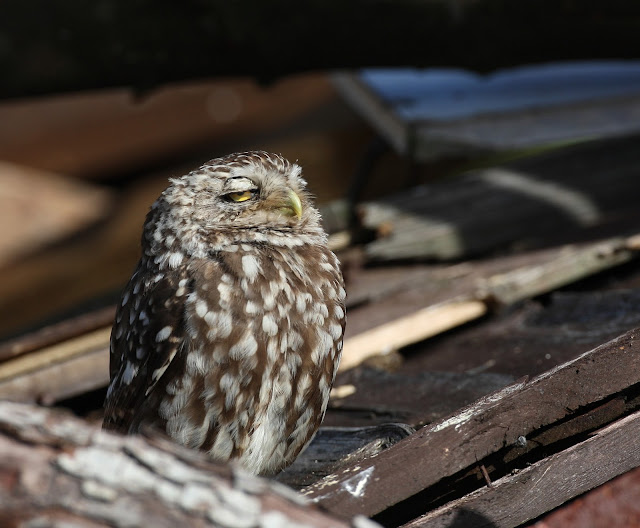 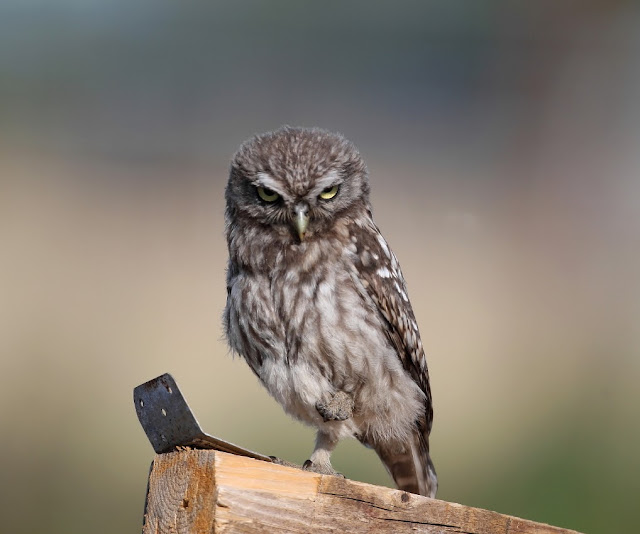