Lyme Bay: In search of the White-beaked Dolphins.

Saturday September 1st. saw a group of 8 of us charter the Huntress 11 in search of White-beaked Dolphins in Lyme Bay Dorset.
We steamed out for 2 hours to the 50mtr contour. After about an hour we picked up about ten individuals including 1 calf.
I was hoping that they would `Bow Ride` but no such luck they never interacted with the boat, they were intent on feeding.
No other  Cetaceans or Sunfish were seen but Bonxies in good numbers were around trawlers, a few Fulmars, Plenty of Gannets and an Arctic Tern came close enough for a few shots. 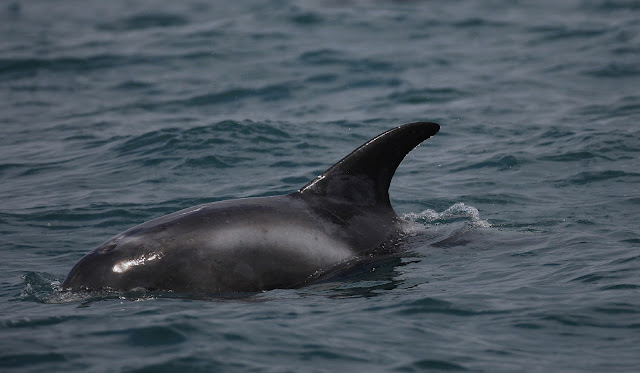 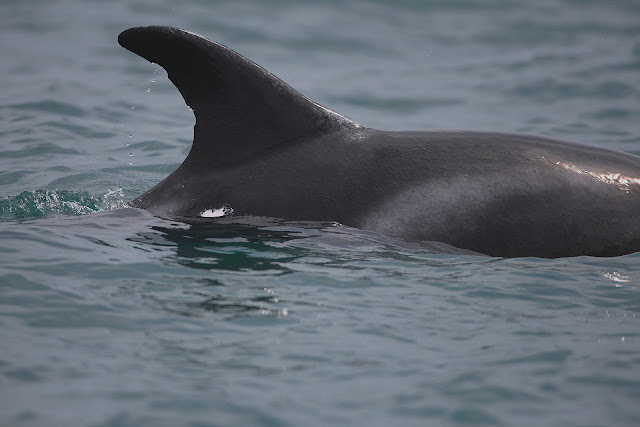 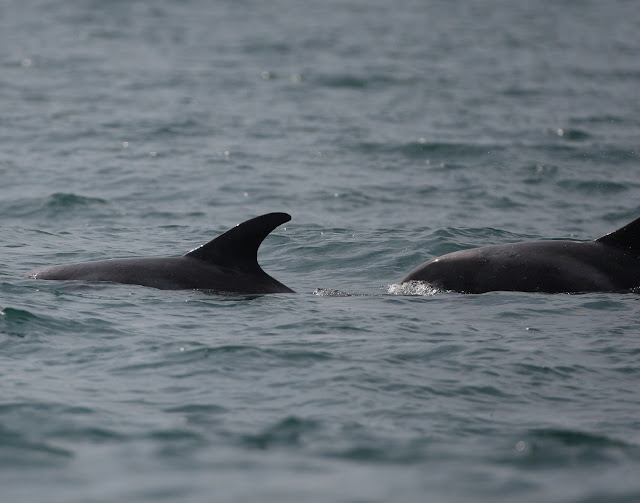 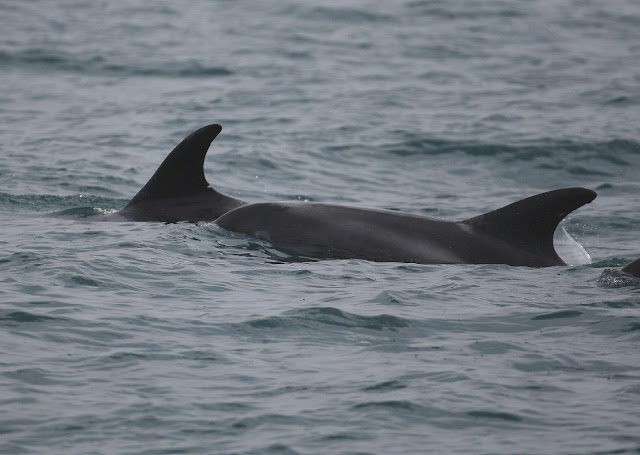 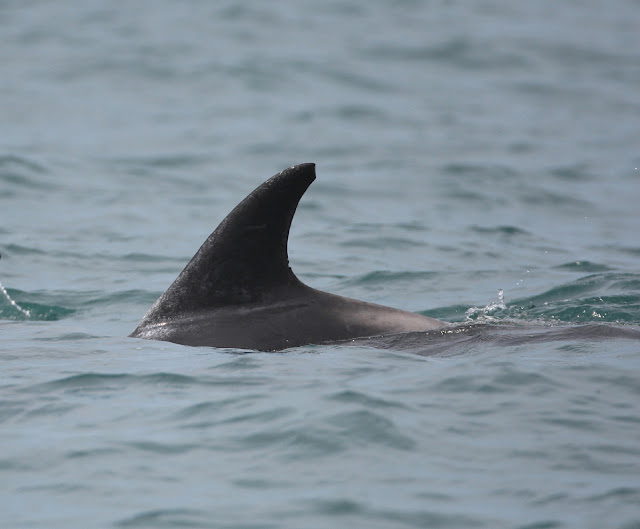 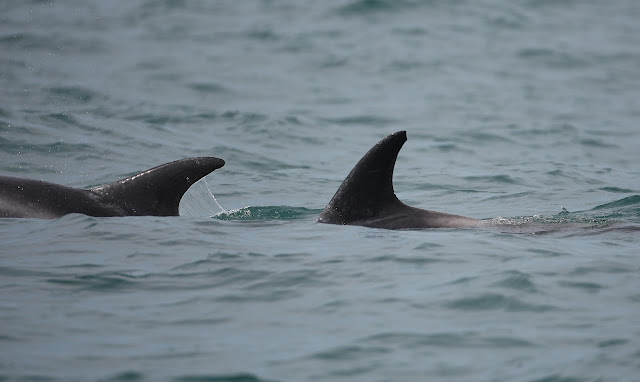 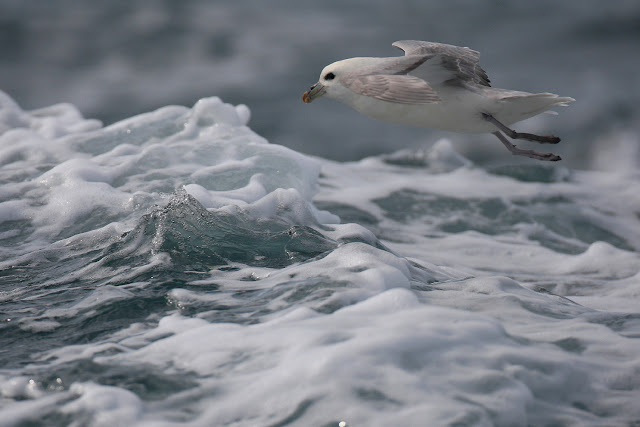 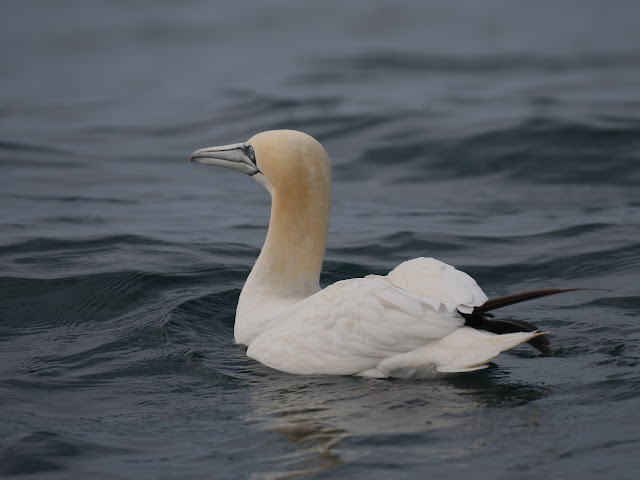 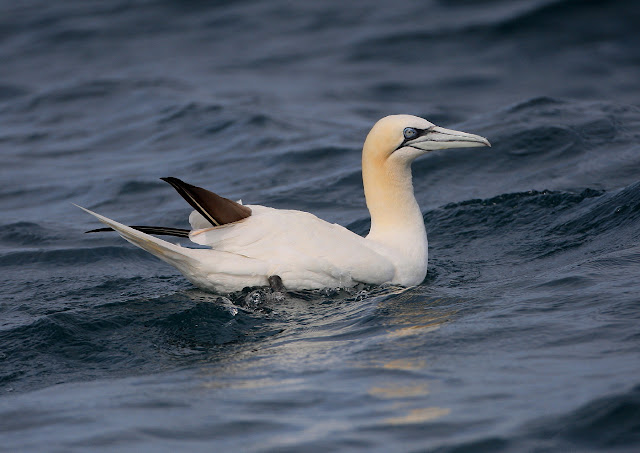 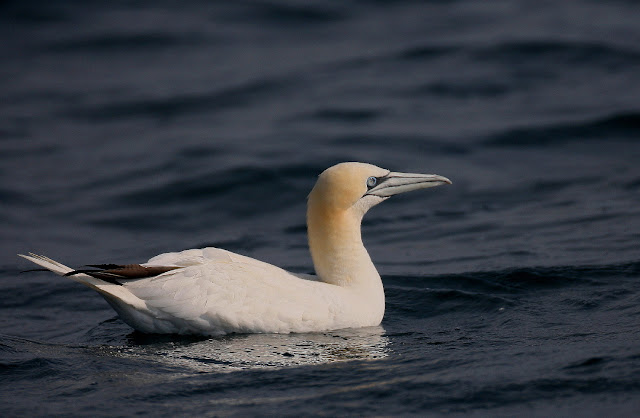 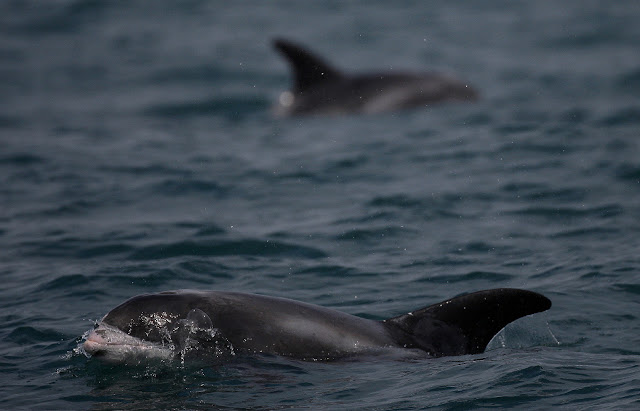 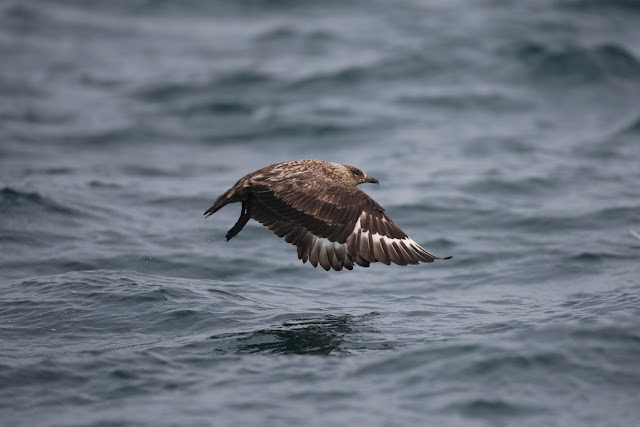 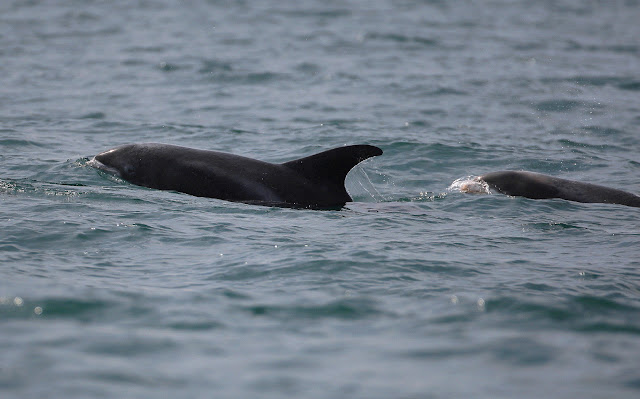 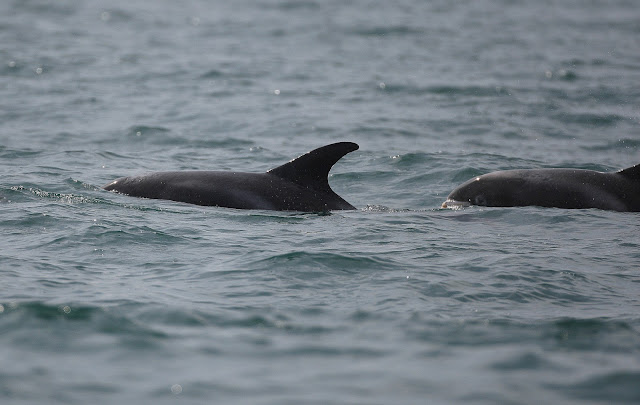 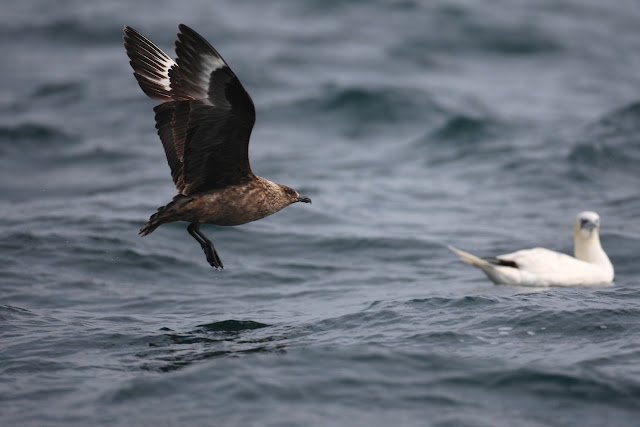 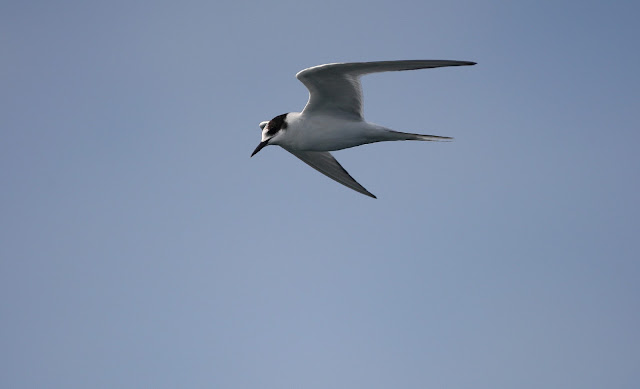 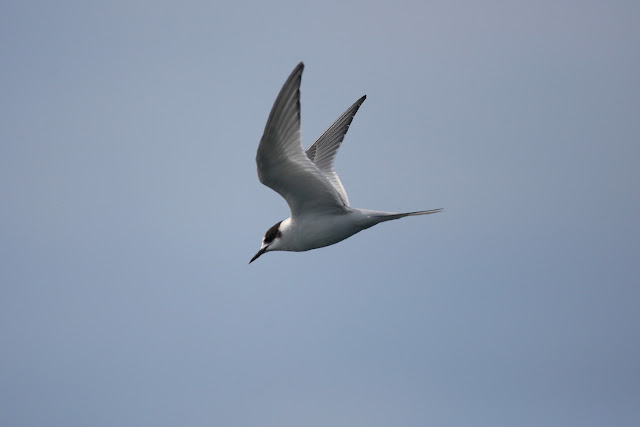 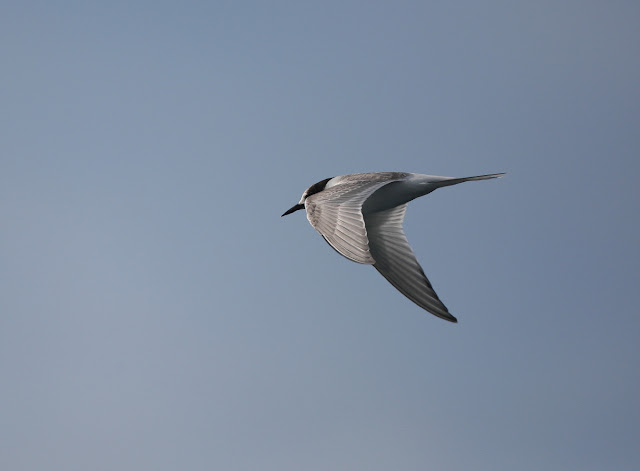 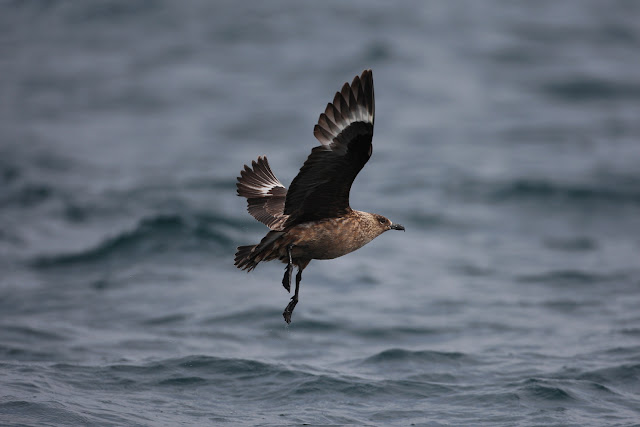