Decided to give the Owls another go recently.
Managed to get close without any disturbance and out again . They never batted an eylid!
It would have been so easy to flush them and get great flight shots, being so close, but that would be unfair being as they at roost.
Thankfully the birds are not getting as much attention as last week and are left to roost in peace.

What was very odd was the Owl on the right picked a single blade of grass and offered it to the bird on the left, to which moved forward to accept this offering.
I Think due to the darker colouration these are probably two females. Mother and daughter perhaps! 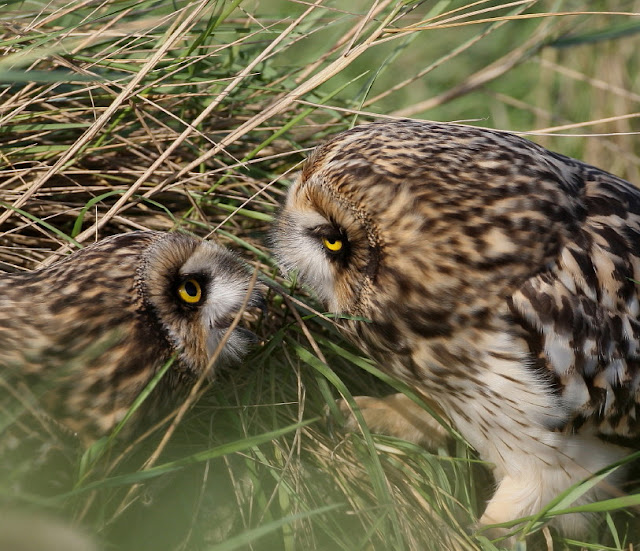 This bird picked up for a few seconds and dropped what appears to be dry seaweed. 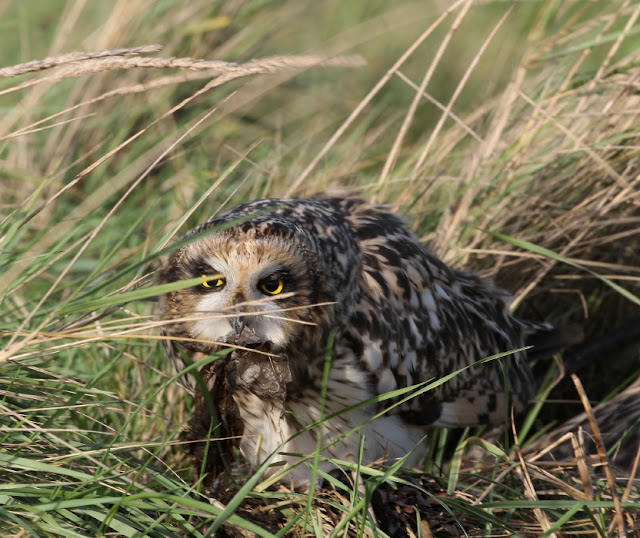 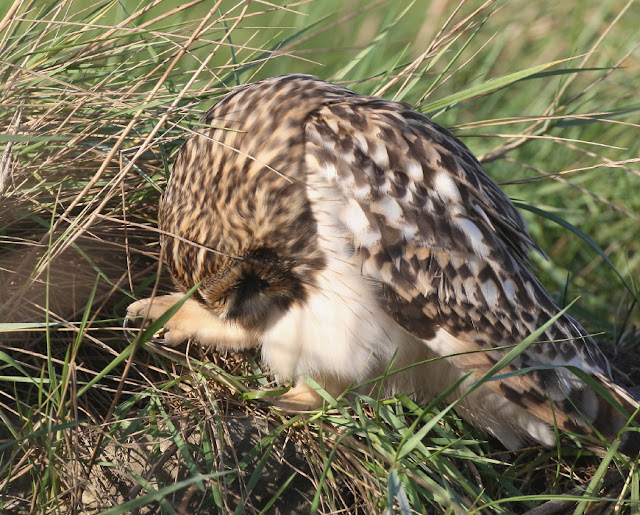