On Thursday mid afternoon I received a message of a confirmed Common Yellowthroat in Gwent.
I finished the call then wondered whether I could get there before dark.
Another call that the 2 Nigel's were going to give it a go and get there before dark. ( They dipped!)
It was not until I checked the map did I realise how close this was, and I wouldn`t have to drive through Newport as first thought! I decided to leave the following morning.
Common Yellowthroat wasn`t a tick I saw one on Scilly in about 1995 but still a fantastic bird in Wales and only a 40 minute drive!

It dawned dull and wet, in fact it was to be dull all day and the light for a shot was going to prove awful!
With the most birders at one time at a guess was 250.
When the bird eventually showed itself it was brief.
Throughout the day it gave the run around becoming very elusive at times.
With so many birders and standing back it was too far for a shot so I decided to wait at the far end of the hedgerow to which it was feeding. I was about 100 yards from the group and waited. It didn`t take long to be pushed by the group and flew in my direction. Still waiting and in the perfect position, it was coming closer all the time. Then came that familiar call of " Oy, get away from there" the birders came closer to me and then made to look a twat when I was just trying to get a good shot, using a bit of common sense!!
I have been birding many years and twitched many birds and I can honestly say there are a LOT of arseholes who consider themselves birders! I kept my mouth quiet and moved back. I spoke to another birder later who appreciated that I was in that position before anyone else!  Rant over!!
Again at another hedgerow I did the same and the bird was coming closer. As I positioned myself to the opposite end of the long hedgerow the bird flew closer and started preening! Fantastic to see but still a little too far ! then it flew past me and landed 15 yards away, only this time it was the birders who rushed it and my opportunity was gone!
Again further up the fields I waited alone at the bottom of the field where the habitat looked great!
Everyone was patient and we waited. I was beginning to wonder if it had slipped away, there were a lot of Siskins and Chaffinches here then suddenly it appeared in font of me and I managed 20 or so shots before it flew passed me into the opposite hedgerow and disappeared!
So I managed a couple of ok record shots at a ridiculous ISO of 2500 and a shutter speed of 1/160th sec. I was surprised that I had something to keep at that setting. No grain - no gain I suppose!!
If any of the Gwent lads get to read this then thanks for organising a great twitch!

Driving home and just a few hundred yards from the house there was a field full of gulls, perhaps 500 mostly large gulls . It wasn`t long before a 2nd w Iceland Gull showed itself.
Great finish to a superb day. 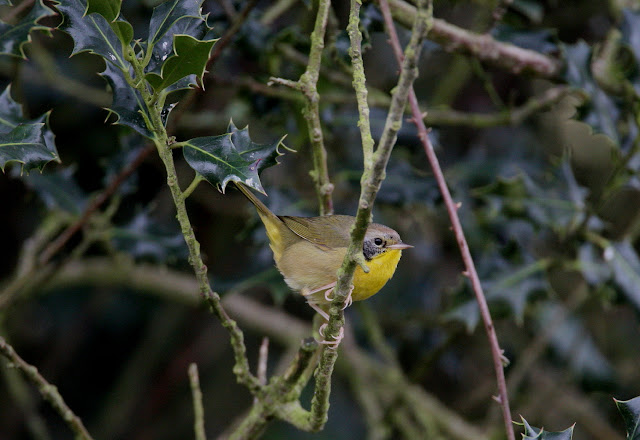 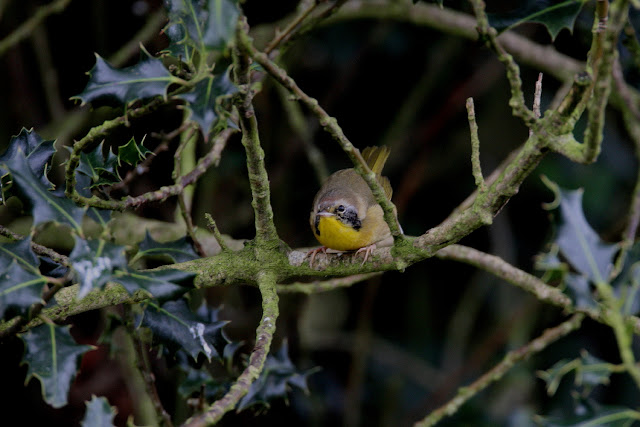 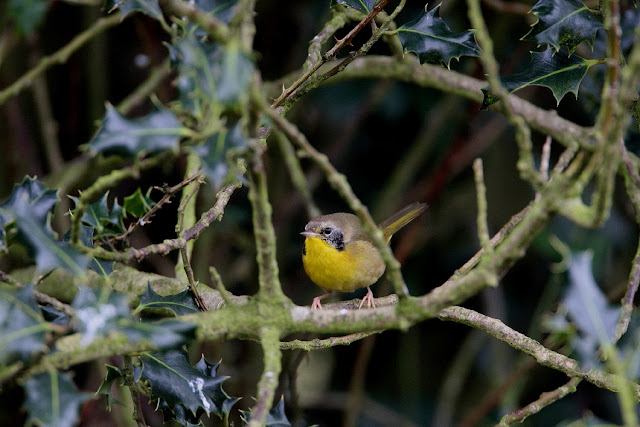